In the next picture you can see Enrique Costa, codirector of ACCEGAL project, collecting the award from Mar Pereira, director of AMTEGA. 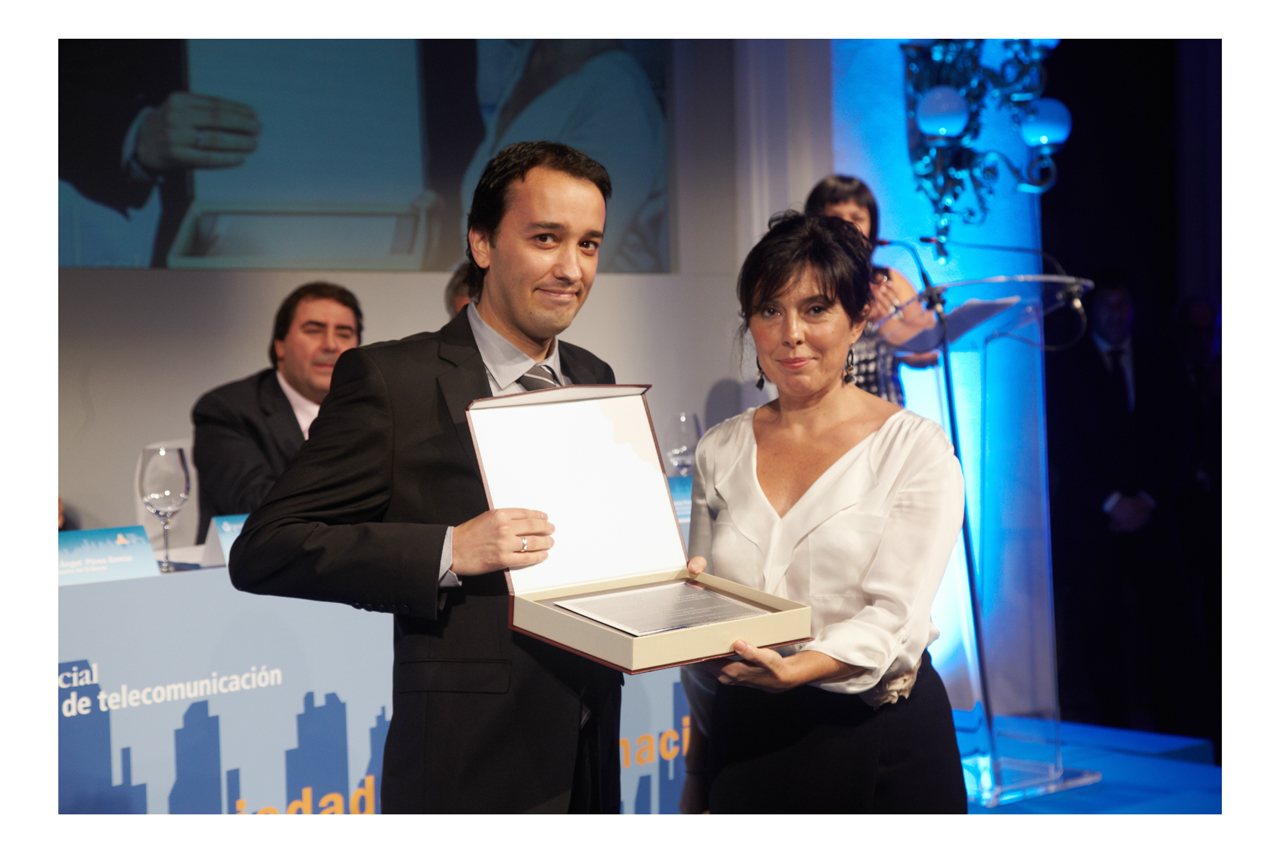 In the next picture you can see the award plaque. 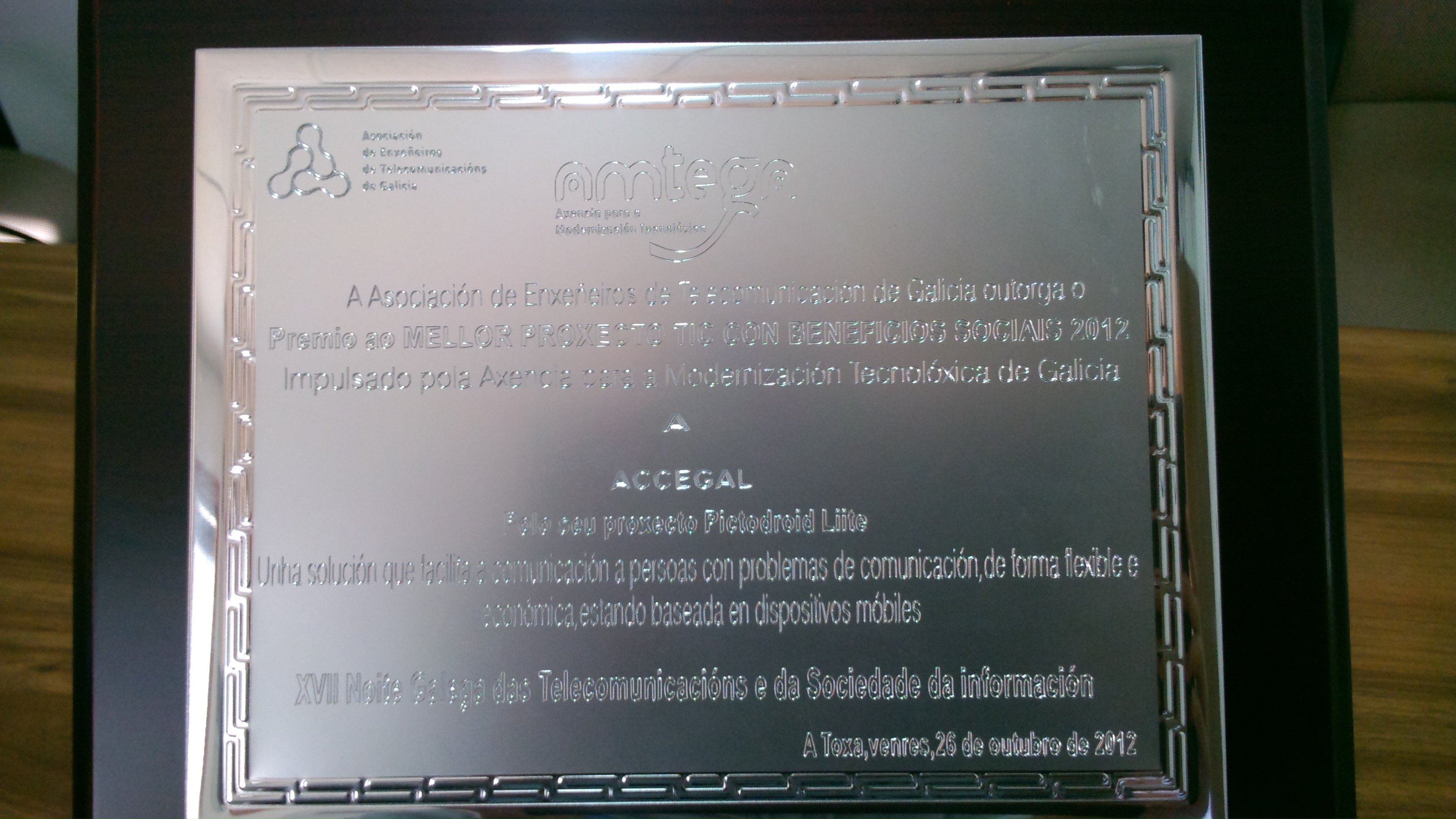 In the video below the award presentation at the Galician Telecommunications Night (in Galician).

This entry was posted in PictoDroid Lite, Premios. Bookmark the permalink.