MyGame Memory is the first application of “MyGame” family. In this new family we intend to create cognitive game generators, so you can create and play these games but always adapting them to the end user. This first application allows creating and playing memorys, the clasic game of raising cards and finding two alike.

MyGame Memory is an app intended mainly for educator’s use. It allows teachers (and therapist alike) to design their own memory games based on different inputs such as clone or similar images, texts, audio files (mp3 or TTS), etc. These memory games might be linked in an specific order.

It’s primary objective is to work out cognitive skills: linguistic, audio and visual memory, patterns and relations, and spatial memory. As it is flexible and fully configurable it suits all sorts of needs, from regular alumni of all ages to students with special needs. Another strong point is the possibility to aim for motivation targets that may raise student’s interest.

Although we believe the teacher will be the one creating memory games, chances are that students may create and share among them memories as a challenge. All memory games are easily shared by means of uploading/downloading a mere folder.

The app has been originally developed with children and adults with cognitive issues and special needs in mind but works great in Foreign Language Learning.

This application makes possible to create games matching same images, same sounds, same texts, associated images, image with sound (using audio files or voice synthesizer), image with text and text with sound. You can set the number of pairs from 2 to 15, a maximum time to finish the game or the possibility of a configurable number of hints. Finally, it also allows you to create sets of grouped games or individual games. It is available in Spanish, English, German, French, Italian and Galician.

The application uses, as an example, the Picts of ARASAAC (http://arasaac.org/), created by Sergio Palao and distributed with Creative Commons license (BY-NC-SA).

We’ve uploaded this new app MyGame Memory to Google Play and our web:

Here you are several screenshots of the app. 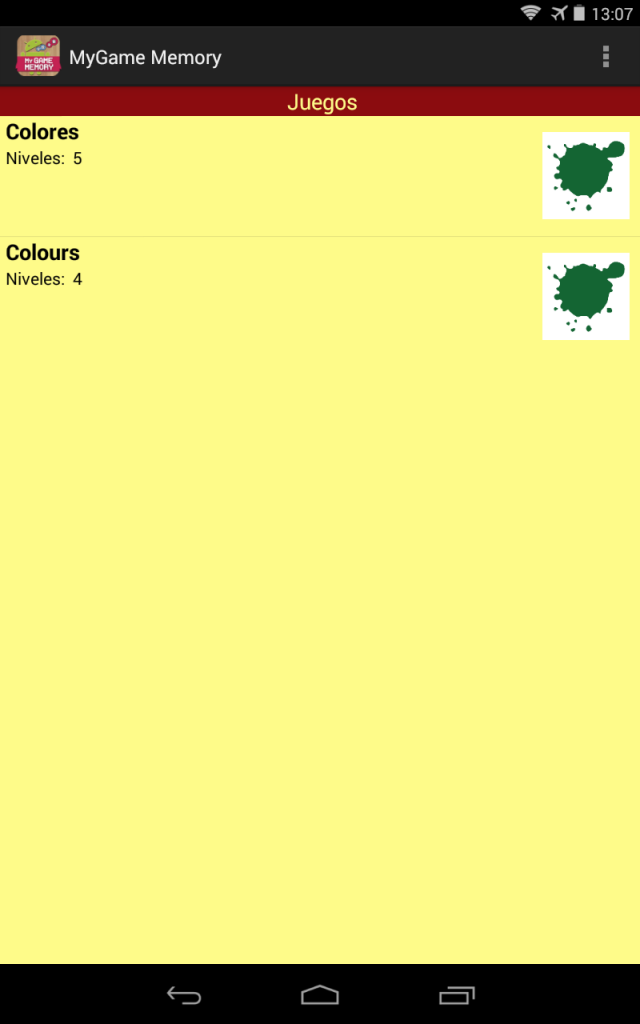 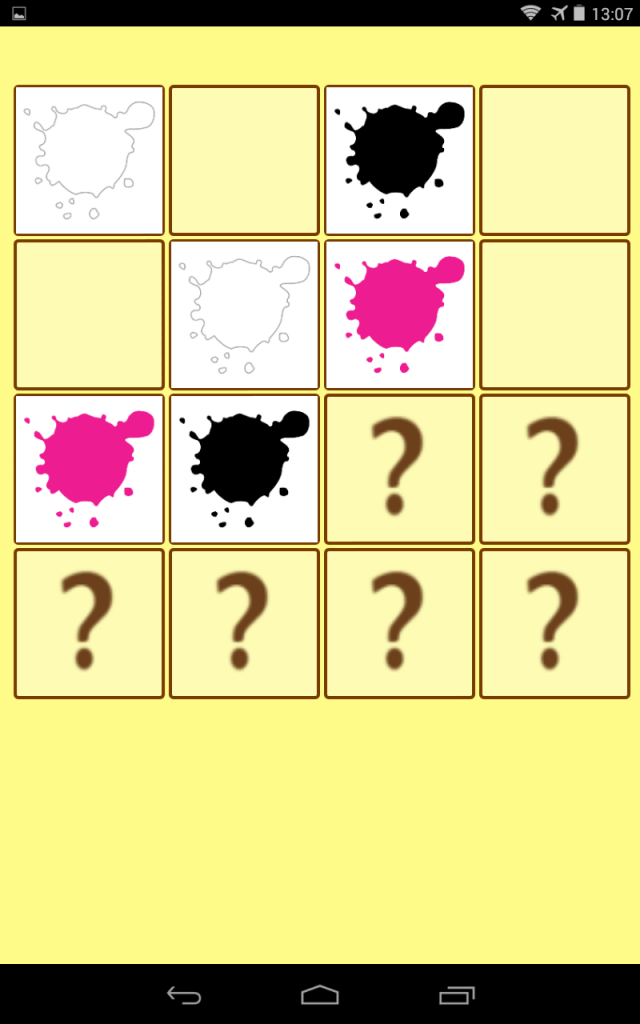 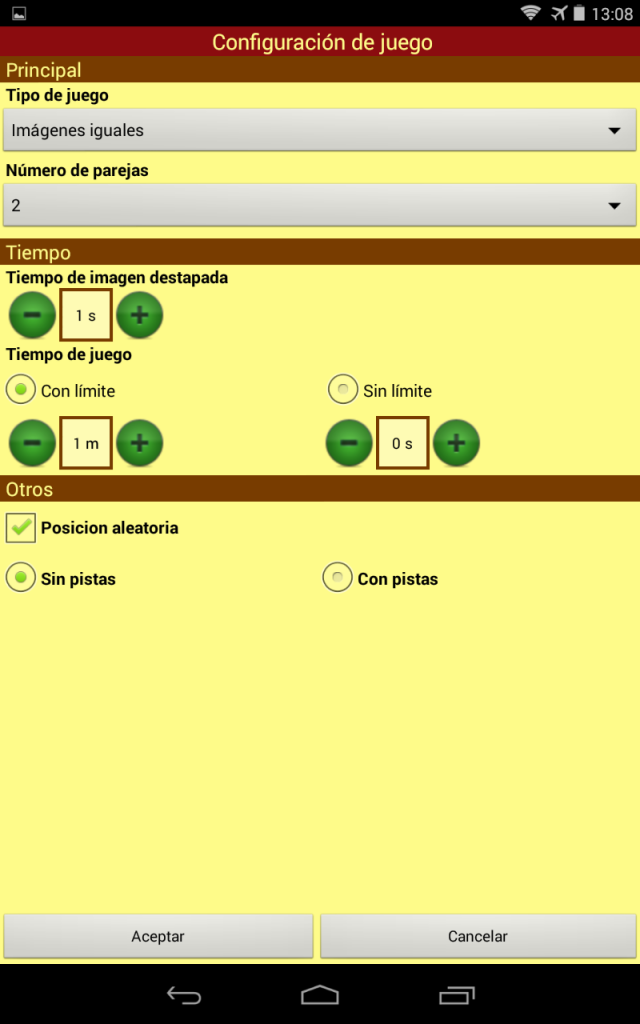 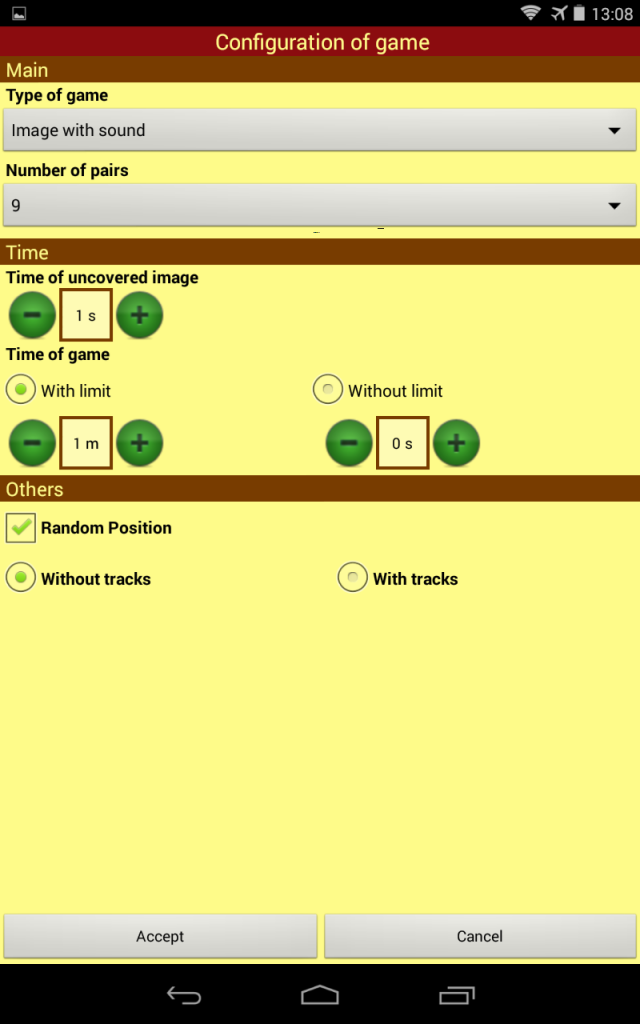 In the next video we show how to use our new app MyGame Memory. We show how to create different types of games and how to play them.